And the winner of the Low Budget Series Drawing by Bubu Negron is...

The winner is... MARISA GOMEZ.

Please email me so you can tell me which one you want. There have been a couple sold so email me a list of your 5 favorites in order of preference.

Alexis
Posted by trailerparkproyects at 6:39 AM No comments:

Trailer Park Proyects presented for the last time the individual exhibition Low Budget by artist Jesus Bubu Negron. Over 600 walked in and visited TPP. It was great to see people not involved in the art scene directly asking and learning about our young artists.

Over 100 people bought tickets for the drawing where TPP will raffle an Original Drawing of their choice by the exhibiting artists Bubu Negron who was present at the event talking and meeting spectators. The winner will be announced tomorrow through Facebook page, Twitter and the official website.

Street Artist Aslan painted one of the sides of the Trailer Park Truck and the other side was painted by artist EKC4 and Bex 1 local graffiti legends. Thanks to them for showing the love and support to Trailer Park.

Trailer Park Proyects also presented the new local hip-hop sensation Jazz Bandana. The crowd was impressed with his performance which included pyros and other props including a sculpture of the head of puppet La Comay with blood on a plate just as the puppet presented the severed head of a murdered person at her prime time TV programming for the whole Family???? This is a boycott and a social critic on this malicious person who keeps polluting the minds of our people and our kids. Jazz Bandana finalized his performance with his new single "Tatuajes" and he got marked (tatooed) while singing the song on stage in front of the live audience. Representing.

TPP would like to congratulate everyone who made this great event possible specially to the organizer Alexis Bousquets and we are looking forward to next year and bringin you more cool projects that everyone can enjoy. 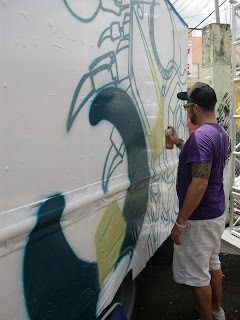 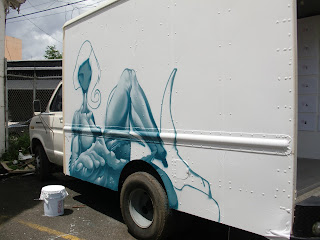 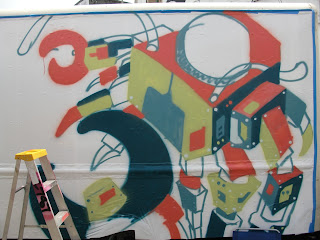 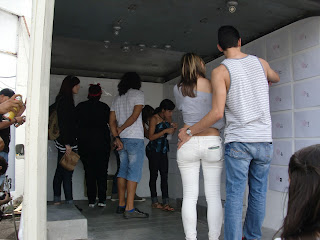 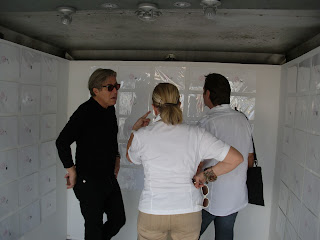 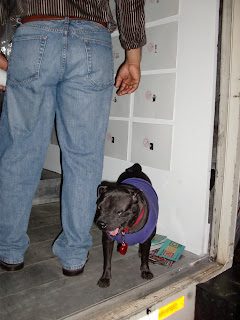 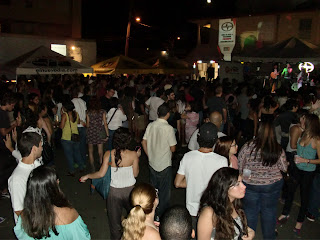 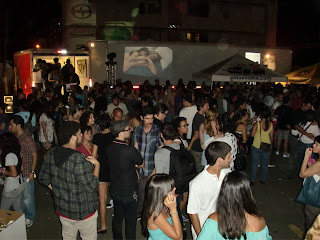 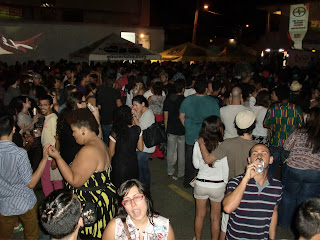 Posted by trailerparkproyects at 5:06 PM No comments:

Little situation going on with our Trailer...

Due to a mechanical problem with our Trailer, the physical structure of our Trailer will not be present at the photo installation "El caserio de afuera dentro" but we are still promoting the proyect and it is part of our exhibition roster. When the Trailer is fixed we will let you know so we can bring it to Herminio Rodriguez's studio and fullfill our presence at the exhibition.

Tried to rent one form a truck rental company but non were available in the 3 stores of Hato Rey, Catano or Carolina. Curator and writer Bianca Ortiz-Declet will be helping out at the exhibition and showing the work in case someone needs any help or explanation about the project.

Sorry for the inconvenience and I can tell you we are just as bummed out about this as anyone. Months prepering the exhibition and then the unexpected happens.

The exhibition is still opening at 11:00am and will run until 2:00pm as planned.

Hope to see you there. Don't miss this awesome exhibition.
Posted by trailerparkproyects at 9:40 AM No comments:

We are proud to annunce that the newspaper El Vocero covered our most recent exhibition "El caserio de afuera adentro" a photo-installation by Herminio Rodriguez on page 5 in the Habitat section. They have been covering the art scene and publishing constantly. Article was written by Bianca Ortiz-Declet. 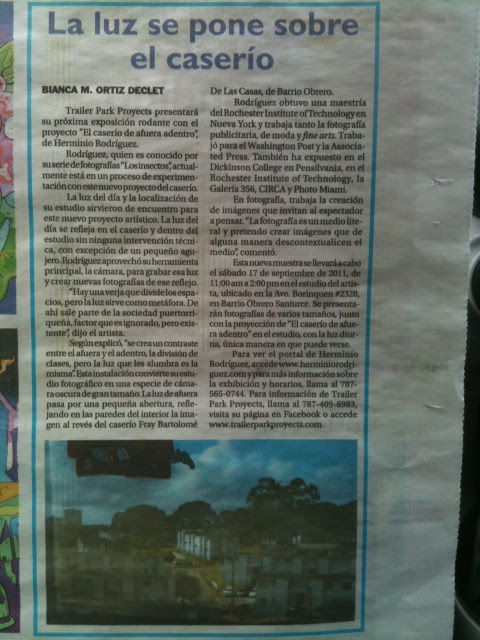 Posted by trailerparkproyects at 1:20 AM No comments:

Just to let you know, Bubu Negron will be exhibiting at Santurce es Ley 3 his exhibition Low Budget Series.

TPP will also be selling raffle tickets for the drawing of one original drawing by Bubu Negron. Tickets will be sold at the Trailer in Santurce es Ley 3. Cost per ticket is $1. less than previously stated. By as many as you want.

Please visit our Facebook page under Trailer Park Proyects for photos of the new drawings.

Trailer Park Proyects Presents: "El Caserio de Afuera Adentro" (The “Caserio” outside on the inside.)


The Trailer Park Proyects presents Herminio Rodriguez new installation exhibition titled “El Caserio de Afuera Adentro” where he will project the “Caserio” Fray Bartolome de las Casas (Public Housing Projects) in Barrio Obrero, Santurce.  The installation consists turning his studio into a huge “dark camera” where we will be able to see the “Caserio” (located right in front of the studio) projected upside down inside his studio.
“Caserios” which are better known in the US as “housing projects” or “favelas” in Brazil have been constantly growing to a point where we see one in every corner. This installation will provoke in us a feeling of being invaded everywhere by these public housing projects and make us understand that whether we like it or not, they are part of our daily lives and we have “Caserios” around us at all time.
The vision of Luis Munoz Marin ex-governor of Puerto Rico was to erect a public housing project right besides the wealthy and higher income housing in order to make people of all social classes live together in harmony. This was a failed utopic ideal which has created a sense of isolation within the middle income and the wealthy from the less fortunate citizens where they have had the need to build fences with barbwire and controlled access to prevent and lower the crime incidence in their living area.
Now the Island is filled with public projects all over has created a sense of fear and lack of personal space for the middle and high income population. As criminality rises consistently every year and corruption reports against the police and government become more common, the sense of security within the working people has absolutely disappeared.
“El Caserio de afuera adentro” is an installation where although it makes you feel like caserios are everywhere, it has a sense of security attached to it where it can be accept it without feeling insecure of being in danger of the social-economic situation the Island has been going through. It’s a feel good artwork where the working class is invading their space, because usually working class people will not go into a public housing project for fear of being robbed or killed.
This is a social critic work that aspires for this fears and elitism to disappear and promote harmony within all social classes. Also, it calls out on the criminal rise on the Island to a point where we feel insecure even in our own homes. Hopefully the crime incidence will be addressed by the police force and better measurements for security for the people will be implemented in order to assure a better way of living and we can progress and grow united as a country.
Exhibition will open on Satrurday September 17 from 11:00am – 2:00pm and will be available to see by appointment until September 30. Trailer Park Proyects will only be participating on opening day but will continue to cover and monitor this outstanding installation project.
See you there. 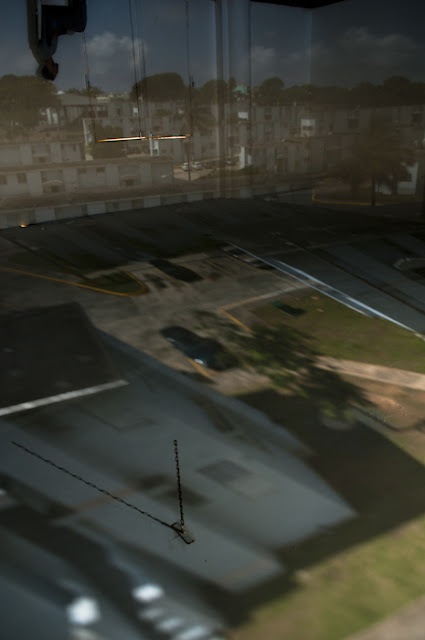 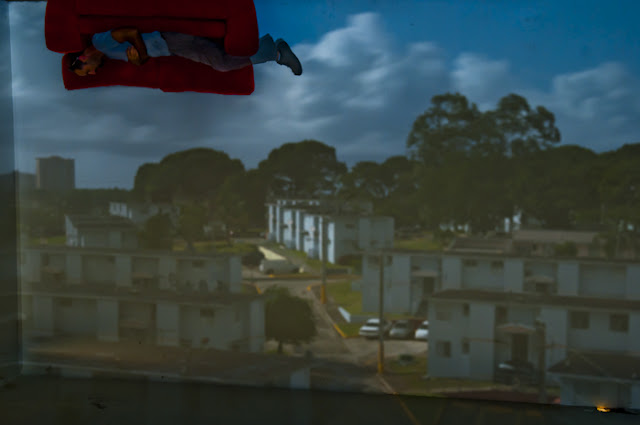 Posted by trailerparkproyects at 7:54 PM No comments:

Today Thursday September 8th. Local hip-hop artists Jazz Bandana performed at Trailer Park Proyects headquarters in Rio Piedras. With a no budget-budget for the launching of his new video, TPP's Jorge Rito Cordero opened the Trailer with Bubu Negron's Low Budget exhibtion going on and Jazz Bandana used theTrailer as the main stage and before a crowd of over 80 people, Bandana began his live performance at around 10:30pm.

Skateboarder and MC, Chagy Vargas also performed and exhibited his skateboarding videos and a community service video for young kids that shows the importnace of skateboarding and sports to school kids.

Don't miss Jazz Banadana's next performance at Santurce es Ley 3 this Saturday (might be canceled due to the latest hurracaine wathc for tropical storm Maria). Jazz Bandana will perform and have a choreographed and fully loaded stage for his first major presentation at SEL3 and don't forget to buy the new CD at TPP at $10. Remember to get your autograph on ou CD.

Don't forget to come by. 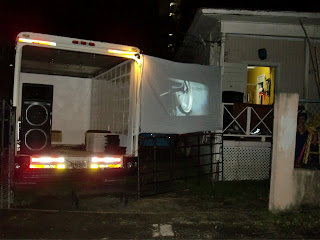 The Stage and set up 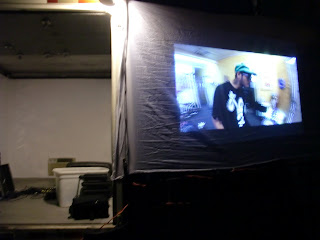 Still of the new Video 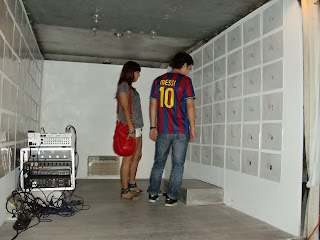 The young crowd looking at the exhibition 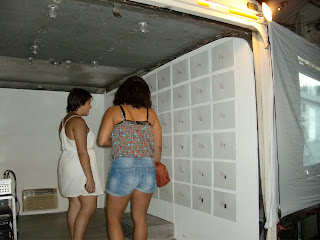 Posted by trailerparkproyects at 11:46 PM No comments: 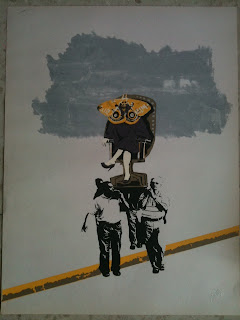 For the month of August Omar Velazquez is the artist in charge of the limited edition print. The print titled “Reina del Miedo” is an individual work where the narrative focuses on the idolizing of a puppet called La Comay, that has kept the attention of masses through numerous years on TV, the program based on gossip and sensationalist news. It has been the top rated TV show in the Island for over a decade.
In this work Velazquez shows the main character as the iconic figure as idolized by the people. The puppet has a moth for a head connoting that the puppet is an insect which is a word associated in our culture by despicable person that either rats on people or just betray his friends on some level. The image has a small crowd of people raising this figure in the air as if it was some kind of God which is a metaphor for the people’s love for this figure. The people in the original image are actually carrying a casket on the way to the cemetery to be buried, which represents the decay of our culture and society as a whole.
It is a very powerful image and strong social critic towards the people and the priorities we have as a society. Velazquez work has mostly been of social thematic speaking for the less fortunate and giving them a voice over the years. This is no exception only here he is not speaking for the less fortunate but for the whole Island and their lack of role models to look up to.
Omar Velazquez graduated from the University of Puerto Rico with a bachelor’s degree in graphic arts and printing. He was a finalist in all 3 editions of Oriental Group Arte Joven Contest and is currently exhibiting a solo show at the Taller Vivo experimental showroom in the Museo de Arte Contemporaneo. For more information on his works please visit his website www.omarvelazquezstudio.com to learn more about his current and past works.
Posted by trailerparkproyects at 1:17 AM No comments: